Puerto Rico, also known as the Island of Enchantment, is a Caribbean island located just beside the Dominican Republic and the Virgin Islands. Since 1898, the country became under the US control and officially became an unincorporated territory of the United States in 1952. Puerto Rico is known for a lot of things including its famous beaches, vibrant music, rums, food, sports, coffee, festivals, colonial towns, boxing champs, colorful arts and crafts and its people. Its vibrant Spanish colonial architecture in Old San Juan has been preserved well that it became one of the famous tourist spots in the island. Puerto Rico’s culture is a combination of Spanish, Taíno and African which gives the island a rich cultural diversity. As of 2017, the country has over 3.37 population and its people speak 2 official languages including Spanish and English.


Benefits of Moving to Puerto Rico

2. Puerto Ricans are US citizens: Because it’s a territory of the United States, Puerto Ricans enjoy the same financial benefits that US Citizens get – this includes Social Security and Medicaid. Moreover, Puerto Ricans are generally free to move between the island and the U.S. mainland, the same applies to US citizens – they can visit Puerto Rico without even presenting a passport. Basically, this is a benefit if you’re American, you can move to the island, legally escape from paying high US taxes and still get to keep your American citizenship.

3.There’s a lot of islands to explore. Did you know that Puerto Rico has over 143 islands? Its pristine beaches match perfectly with its all-year round sunny weather. Puerto Rico not only offers beaches but it also has these amazing landscapes, captivating architecture, rainforests, cave systems, and a lot more. If you’re living an adventurous life, you may want to consider exploring the island.

5. Recreation, relaxation, night life. Puerto is not just for business, it’s also a great place to get relaxation, recreation and even night life. Array of clubs can be found in its capital city – San Juan, as well as beach resorts.

6. Puerto Ricans are known to be friendly, hospitable and welcoming.

7. Cost of living in Puerto Rico is much more affordable compared to other Caribbean Islands and several US cities.

10. You can open a business in Puerto Rico with just 1 employee: Puerto Rico has eliminated the 5-employee requirement on its Act 20. As of July 2017, companies established in the island must at least have 1 employee – this employee can even be the business owner itself.

Why do people relocate to Puerto Rico?

Puerto Rico is a popular expat destination mainly because if its unparalleled tax advantages. As its government hopes to pay off its enormous debt of $70 billion, it has reformed its tax laws in order to lure entrepreneurs to do business in the island and generate jobs and money. Today, Puerto Rico offers the most business friendly tax system, and a lot of entrepreneurs are moving in to the country – particularly entrepreneurs from the crypto community.

How to Relocate to Puerto Rico

Puerto Rico is a US territory; therefore, US immigration authorities are responsible for handling visa applications, hence the same requirements and policies apply. Puerto Rico doesn’t have an official government body when it comes to granting citizenship, so if you wish to permanently relocate to Puerto Rico, you will basically have to deal with the USCIS instead. From a recent blogpost, we’ve talked about the US immigration procedure, read more here.

To enter Puerto Rico, visa requirements are the same as for entering the USA. There are many types of visa you can apply for depending on your situation. Should you wish to relocate to Puerto Rico, getting the right Visa should be your first step.

Next, you will have to consider looking for a permanent accommodation, in which case you may purchase a house or rent it. Foreigners are free to buy a property in the island. Ideally, it is best if a real agent can assist you to get a good deal. Should you wish to look for yourself, this Multiple Listing Service (MLS) website might be helpful. A hundred grand may get you a decent home, while $1M or more can get you a house that has the perfect ocean view.

Say you’ve signed the contract and made a deal, shipping your belongings to Puerto Rico should be next on your list. There are many shipping options to choose from depending on how big or how many stuff you are shipping, there’s US Postal Service (for small items), UPS for both small and huge stuff and moving companies like U-pack and freight companies (for large items such as furniture and vehicles). Still, it’s best to calculate things out and see if it’s better to just leave things behind or might as well sell them, and re-purchase on the other end, to avoid high shipping costs and headaches.

Relocating in another country could be a month-long process, sometimes even longer – it doesn’t stop on finding a house and moving all your stuff from across country. It also includes getting a new job or starting a new business, getting a car and a driver’s license, finding the best school for your kids if you have any, setting up a phone and internet service and other utilities, getting to know your surroundings, and a lot more. 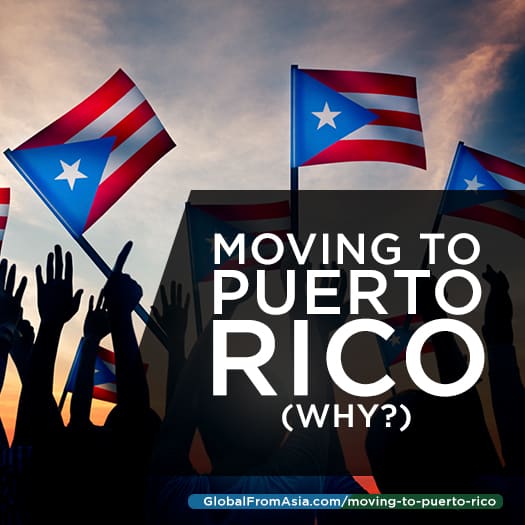 Things Business Owners Should Do at The End of The Year

Using a Hong Kong Company for Your Chinese Factory