North Korea is one of the world’s most secretive and isolated countries. It’s a pretty interesting country because of its well-preserved culture and beautiful landscapes. North Korea is home to more than 25 million people, its ethnic groups are composed of Koreans, and small number of Chinese and Japanese. Traditionally, religion in North Korea consists of Buddhism, Korean Shamanism, Chondoism and Confucianism, but then around 64% of the population has no religion. People of North Korea live under a form of Communism – where private property and profit-based economy is replaced with public ownership which aims to make all people equal. North Korea isn’t really a country that many tourists and expats go crazy for. Primarily because getting through North Korea immigration can be really difficult and tourism is tightly controlled by its government. North Korea is a closed country, for what it’s worth, it has more likely disconnected itself to the world.

Nevertheless, If you’ve stumbled upon this article, you may be interested on going to North Korea, if you are, read on to learn more.

Things to know before going to North Korea

North Korea enforces strict migration policies over its visitors and its own people as well. First off, just like in any other countries, you will be required of a Visa when entering North Korea if you’re a foreigner. According to Passportindex.org, North Korea is the least welcoming country in the world as it requires all nationalities to acquire a visa to be able to enter the country.

Among many immigration and tourism policies of North Korea are the following:

Visa Fee – this usually depends on the embassy, for example, in Beijing, visa fee is about 60 Euro.

These requirements are sent to authorized tour operators who will apply on your behalf for visa approval.  Approved visa may be collected from the embassy or possibly have it shipped by your registered tour operator prior your departure to North Korea.

Is North Korea open to tourists?

Yes, but tourism in North Korea is tightly controlled by the North Korean government.

Can I become a Citizen of North Korea?

North Korea isn’t your typical tourist destination spot. According to Peter Walker – a journalist from The Guardian, it’s the most depressing place he’s ever been. In fact, the US State Department (broken link https://www.theguardian.com/world/2017/jul/22/you-would-have-to-be-a-lunatic-tourists-to-north-korea-describe-risks-and-rewardshttps:/www.theguardian.com/world/2017/jul/22/you-would-have-to-be-a-lunatic-tourists-to-north-korea-describe-risks-and-rewards) has long recommended against travel to North Korea. Still, an estimated 5000 Westerners visit North Korea every year. Should you really wish to go to North Korea, it’s best to contact the nearest Embassy of the Democratic People’s Republic of Korea to get further information and an immigration lawyer should you wish to apply for citizenship. 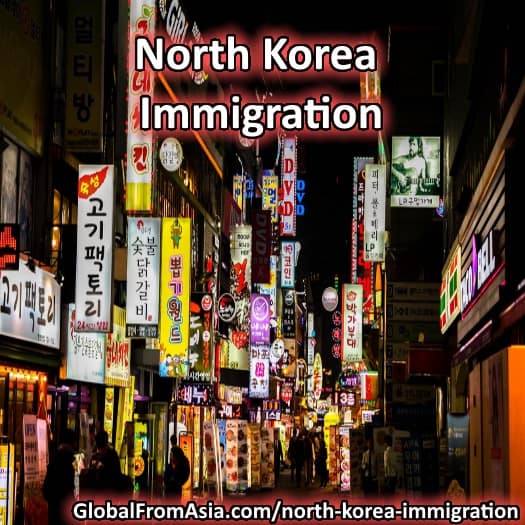 China Is the Number 1 Economy; What Are You Doing About it?

How to Import from China for New Amazon Start-ups