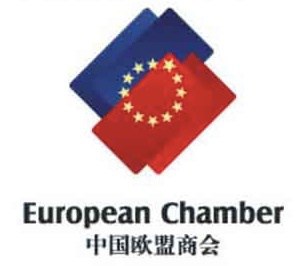 The European Chamber now has more than 1,600 members in 7 chapters operating in 9 cities: Beijing, Nanjing, Shanghai, Shenyang, South China (Guangzhou and Shenzhen), Southwest China (Chengdu, Chongqing) and Tianjin. Each chapter is managed at the local level by local boards reporting directly to the Executive Committee.

The Chamber is recognised by the European Commission and the Chinese Authorities as the official voice of European business in China. It is recognised as a Foreign Chamber of Commerce with the Ministry of Commerce and China Council for the Promotion of International Trade.

The European Chamber is part of the growing network of European Business Organisations (EBO). This network connects European business associations and chambers of commerce located in more than 30 third markets around the world.

VISION:
To be the unified, independent, and influential voice of European Business in China
To be a member value driven organization serving European Companies across all industries and services throughout China
MISSION STATEMENT:
As a member based organization, the European Chamber seeks to:

Ensure greater market access and a level playing field for European Companies in China
Improve market conditions for all businesses in China
Facilitate networking among members and stakeholders
Bring specific information relevant to its members on doing business in China
Update its members on economic trends and legislation in China
OUR PRINCIPLES
We are an independent, non-profit organisation governed by our members.
We work for the benefit of European business as a whole.
We operate as a single, networked organisation across Mainland China.
We maintain close, constructive relations with the Chinese and European authorities while retaining our independence.
We seek the broadest possible representation of European business in China within our membership: large, medium and small enterprises from all business sectors and European Member States throughout China.
We operate in accordance with Chinese law and regulations.
We treat all our members, business partners and employees with fairness and integrity.

European Chamber
0.0 rating based on 12,345 ratings
Overall rating: 0 out of 5 based on 0 reviews.
Anonymous