More investors are seeking ways to enter Vietnam. But they first need to understand the country and its economy before making investment decisions.

Vietnam is the 47th-largest economy in the world measured by nominal gross domestic product (GDP) and 35th by purchasing power parity (PPP), according to Wikipedia. For the past several years, Vietnam’s economic progress has gained it recognition as East Asia’s new economic tiger. Its agricultural products and petroleum industry maintain a healthy expansion in exports, and it has seen rapid growth of foreign direct investment. 2017 was a remarkable year for Vietnam, as its GDP grew 6.81%, which was above the government’s target of 6.7%.

Does this mean that now is the time to invest in Vietnam? Here are 5 reasons you should.

5 Reasons to Invest in Vietnam 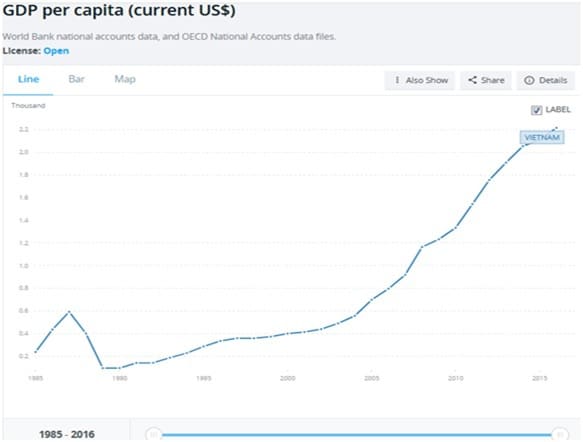 According to PricewaterhouseCoopers, a multinational audit assurance and consulting and tax services network, Vietnam could be one of the fastest growing large economies over the period to 2050. PWC estimated that the country’s GDP may grow about 5% or more per annum, while the growth of an established economy such as China may moderate to around 3-4%. *Source.

Many investors assess an investment idea/strategy based on a country’s GDP to gauge the country’s economic growth. While the market is emerging, now is the time to get in.

These trade agreements indicate the liberality of the market — it indicates how open Vietnam is to trading with other countries. In fact Vietnam’s prime minister recently pledged the government’s support for investors and called for their interest in Vietnam’s equitization of state-owned enterprises. He told Chairman of the EU Parliament’s International Trade Committee Bernd Lange that Vietnam considers the EU an important partner and wishes to advance comprehensive cooperation, especially in trade and investment.

How to Invest in Vietnam?

Vietnam is a cost-competitive country compared to China. With this, Vietnam is set to replace China as the world’s manufacturing hub. As the country positions itself to be the next manufacturing hub in the region, now is a good time to invest in financial services, logistics and courier services, telecommunications, and transport services. 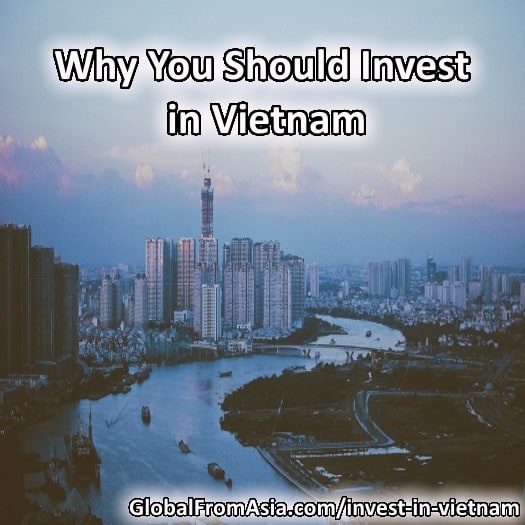 Getting Healthcare As an Expat in Hong Kong or China

Curious About Cross-Border E-commerce Into China? Here’s The Definitive Guide