How did it begin?

The whole world is excited with the current economic initiative for Southern China. The China’s Bay Area which is being compared to the San Francisco Bay and Tokyo Bay Area which brought both cities in the economic map is expected to play a vital role in the China’s business and economic advancement.

The Government poised an ambitious plan to build a world-class and stronger economic power across the Guangdong-Hong Kong-Macau regions.

The Greater Bay initiative, which was a plan to connect Hong Kong, Macau and Mainland China, this was first proposed in 2011.

A few years after the initial plan, Premier of the State Council of the People’s Republic of China Le Keqiang announced the development of City Clusters in the following areas; Guangdong-Hong Kong-Macau Greater Bay Area.

The Chinese government’s Greater Bay Area initiative pushes and strengthens Hong Kong’s part or role as the ligament that connects cities in Mainland China. This initiative will be a thrilling move to help transform the entire region into a powerful financial and economic zone. The initiative seeks out positive and healthy economic changes and ties with the foreign investments. This is also a great opportunity for Hong Kong and its role in supporting the business sectors and companies in Mainland China to get a healthier international competitiveness. As business executives term it, it is a robust process that creates and layouts a unified, all-embracing and highly marketable Pearl River Delta.

The Greater Bay Area initiative distinguishes that marketable opportunities for Hong Kong, Shenzhen, Guangzhou and other major cities of the Pearl River Delta have seen greater heights and became stronger. The advancement in the business sector increases, but would still need a strengthened international support. The rise in technology, real-estate, and the banking industry is a great example of the economic advancements that China is experiencing, but there are also other business sectors that are showing great potential.

The innovative initiative is a vision of business success. It positions Hong Kong as a key factor in becoming a landmark in China’s economic reforms.
It boosts not only the unique strengths of each city but will also use their weaknesses to create a more robust process and business solutions.

The People’s Republic of China strategizes to create a deeper economic and financial relationship between Hong Kong and Guangdong. This means that there should be a two-way process, Hong Kong being the main gateway to China and at the same time a catalyst to further showcase Chinese Companies to the foreign community. This is a win-win vision not just for Hong Kong, but with China as a whole. This will enable current companies to show their business capabilities and advancements, while at the same time increases the changes of welcoming foreign investors.

The Greater Bay Area Initiative is a good foundation that will strengthen China’s current and new priorities. It will help in the country’s Belt and Road initiative and even be able to support the expansion of major tech players and companies. This will not just increase the major players’ revenue, but will also have a positive effect on small companies.

The Greater Bay Area’s include the two cities under the Special Administrative Region and the nine cities in the Pearl River Delta – Shenzhen, Guangzhou, Zhuhai, Zhaoqing, Dongguan, Huizhou, Foshan, Zhongshan, Jiangmen. These are the major cities that were in deep competition in 2000, and the tight competition was not seen in the global arena as healthy. It provided a duplication or a redundant area in business. There was an evident sign that each region or city is starting to create individualized or specialized strategies that made an impact on China’s economy as a whole. The challenges in low-cost manufacturing and even the rise of technology becoming a key player in the business were probably the reasons why these regions made strategies that they can only benefit from. This became an issue to China’s growing economy.

At present, one of the major Cities in China, Shenzhen, is advancing in terms of technology and the field of manufacturing. As Shenzhen continues to improve on its strategic economic plans, other cities are also struggling to bounce back from some manufacturing issues. While there are cities that are experiencing business improvements and some are struggling to keep up, Guangzhou is enjoying and reaping the benefits of being the Region’s capital, and the continued improvement on rail and road links.

The Greater Bay Area initiative aims to eradicate all these concerns and will help in positioning each key player in the business avenue. If this initiative works and proceeds as planned, other minor player or other cities and provinces will benefit from a global perspective.

Another unique and amazing aspect of this initiative is the geographic concentration. It is unique in a sense because there is no other area in China where you can find these eleven major cities that are within a reasonable distance. The geographical location means that it can influence other smaller cities. Aside from that, it will also be an easier for investors to consider other cities as their business haven.

The Industry and Consumer Benefits

The location and current industry focus of each city will be magnified. There is a big opportunity for the manufacturing, digital and technology arena to showcase their improvements further. Other business areas that would benefit from this initiative are logistics, trade, and e-commerce. It will also highlight the leisure and entertainment sectors considering that this is Macau’s focus.

Other growing industries would benefit from the market dynamics of the Greater Bay Area Initiative. Let us consider the Hotel Industry, it will further enhance their market footprint enabling consumers to enjoy a quick getaway or vacation in nearby cities. This will also provide a great deal of exposure in the tourism industry.

These are the natural effects on the consumers. This initiative will also play an important role in the consumer’s ever-changing spending behavior.

The Greater Bay Area Initiative is a promise of positive change – a change in a country’s drive for economic stability, a change in global market perspective and change on consumer’s lifestyle. 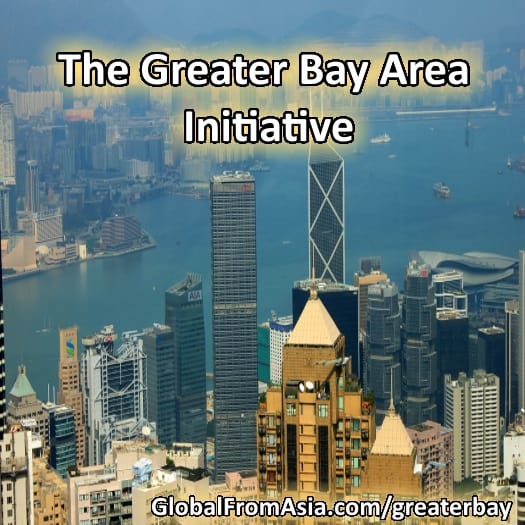 What Is the Silk Road and What Does It Mean for Me?

How To Get Offshore Status for your Hong Kong Company

Why You Should Come to The Cross Border Summit!

Hong Kong Is Perfect For Your Dropship E-Commerce Business