Moving into a different country can be tough, especially for parents. You have to quickly adjust to a new environment, a new job, and taking your kids to a new school. Undeniably, Hong Kong is one of the countries that is excellent in producing successful individuals that are capable of conquering any work environment. There are lots of international schools in Hong Kong that you could choose from.

However, it can be difficult to pick one that perfectly suits your child’s educational needs. There are lots of factors to take into accounts such as the quality of the teaching style and the facilities that the school could offer. You don’t need to stress yourself into researching all that. Here are the top international schools in Hong Kong and what makes them stand out.

This school offers US-standard education for students. This prestigious school accepts students from early childhood until Grade 12. AIS has taken redevelopment projects. Fourteen new classrooms, two science labs, and volleyball and basketball courts are built after years of improvement. Putonghua is mandatory from pre-K to Grade 8.

This school caters mostly top local and expatriate families since 1986. It brings a strong preparation for students who are planning to go into colleges or universities with US academic programs. AIS is accredited by Western Association of Schools and Colleges (WASC).

FIS is open for children four years of age to 18-year-old teenagers. The facilities include canteens, library, computer rooms, science laboratories, and infirmary. The graduates are admitted to top universities around the world. It is the first International school in Hong Kong that offers an International Baccalaureate programme in 1988.

YCIS is an international school for girls and boys for ages 6 months to 19 years. Its mission is to give a fully rounded education that molds the students into balanced and dependable citizens of the world. It was first established 1932, with campuses in Hong Kong, Shanghai, Beijing, Chongqing, Qingdao, and in Silicon Valley. It has over 6,600 American students. One of the YCIS strengths is the equal promotion English and Chinese language. There are two co-principals: one is Western, the other one is Chinese.

The students graduate through the International Baccalaureate (IB) Diploma Program. The school curriculum is accredited by the New England Association of Schools and Colleges (NEASC), Council of International Schools (CIS), and International General Certificate of Secondary Education (IGCSE).

Founded in 1995, which follows New Wales curriculum, Australian National School is one of the world-class schools in Hong Kong. AISHK aims to provide a less complicated transition for the students who enter from Australian or Southern Hemisphere schools to their school in Hong Kong. The academic curriculum focuses on developing personality and character of the students, building confidence, and establishing meaningful friendships.

There is a green roof where the students learn about the environment and the environmental issues. The Aquatic Center has an excellent pool that is 25 meters in length and is even heated. AISHK Outdoor Field has an all-weather synthetic turf surface. It has a track with four lanes.

This is the first-ever British international school with a boarding facility in Hong Kong. It is located at Tuen Mun. It opened in 2012, and now it has 1180 students from early years to Y3 in the lower and upper schools. The site of the school is a former army barracks. English is the main language that is used in teaching in HISHK. However, students also have the option to study different languages such as Mandarin, French, and Spanish.

It utilizes the elements of educational philosophy, practice, and traditions from Harrow School in England. Harrow will bring it into a diverse international community of Hong Kong. Merit-based financial awards are given to gifted students in both academic and extracurricular activities. These came in the form of scholarship and bursaries, which are available starting in Year 6.

HKIS is a private Christian school that caters to students from reception to Grade 12. It has two large campuses in Tai Tam and Repulse Bay. It was founded in 1966 and is divided into Upper and Lower Primary Divisions. Middle and High Schools are found in Tai Tam. The campuses are known to have amazing facilities like multiple gyms, large fields, swimming pool, theatre, and more. It earns a reputation as the best International School in Hong Kong.

The school has currently more than 2,600 students. The school values strong academics and known to produce graduates that are well-prepared to pass the trials of modern society. The graduates are always admitted to top universities not only in Hong Kong but also internationally. It has implemented the one student, one laptop program. The Repulse Bay campus will be developed with the construction of an indoor swimming pool, auditorium and other facilities.

This is an organization that is composed of 22 educational institutions, most of which are international schools. This is the largest educational foundation in Asia, with most of the campuses, are located in Hong Kong. The curriculum includes B PYP, GCSE/IGCSEs, IB Diploma, and BTEC qualifications. English is the main language for instruction, with options to learn other languages. All of the ESF schools are comprehensive and “non-selective”. Yet, 90% of the students are going to different universities around the world.

ESF is the largest provider of English-medium education in Hong Kong. The comprehensive program of extracurricular activities push the students to be the best, through a personalised approach to learning. ESF primary school graduates are offered a place in the secondary school. The locations boast superb facilities with regular upgrades and refurbishments.

Through these world-class schools or educational institutions, Hong Kong is indeed one of the best countries for international education. There are a lot of options you could choose from. You just have to narrow it down to the best of the bests. After all, it’s you who knows what is best for your child to give him or her all the tools to succeed later in life. 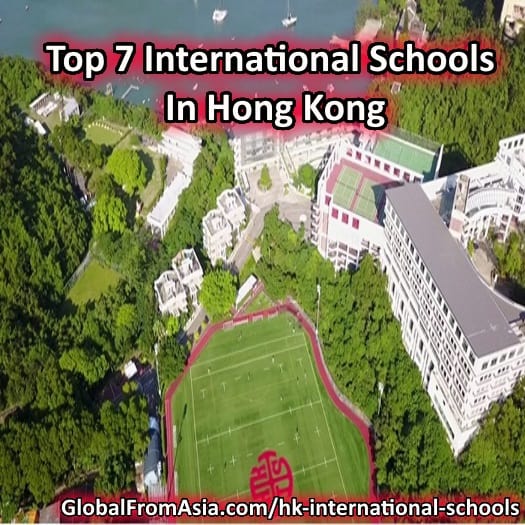 The Story Of How We Become Expats with Mikkel Thorup

How My Belly Dancing Act Led To A New Business Opportunity