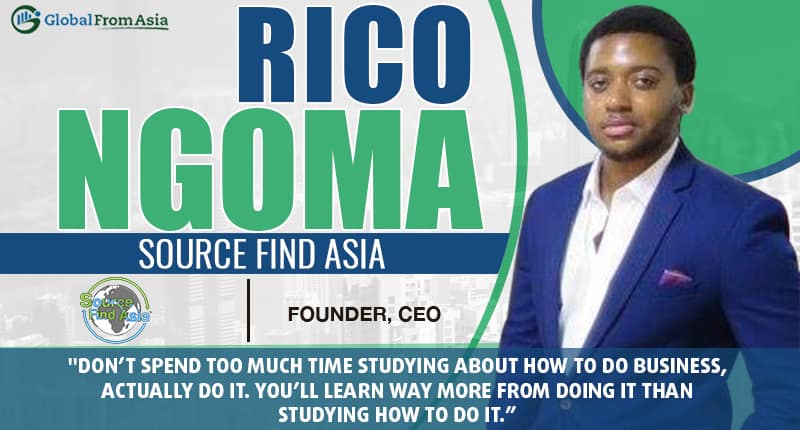 Who is Rico Ngoma? 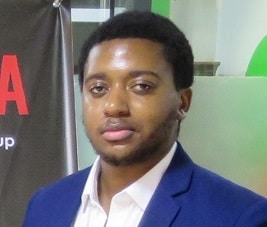 Rico is a 25-year-old, CEO of Source Find Asia. A CEO, podcaster and vlogger.
Rico is a Canadian entrepreneur, moved to China 3 years ago directly after college from Toronto with a dollar and a dream to start his own business. He started teaching English and studied a little bit of Chinese in a university to get settled into the country. About 8 or 9 months in, started his sourcing company.

His company Source Find Asia, is a manufacturing consulting company. They basically help companies and entrepreneurs make products in China. Help them find manufacturers and help them through the whole process, from finding suppliers to managing production to QC to shipping and the whole shebang. 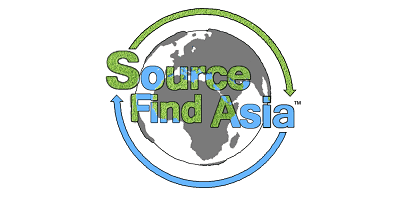 Rico started his business in April 2015, however his business partner had his own company in early 2010. So, when they met, they revamp the company and started over with the same name.

How did Rico get the idea or concept for the business? 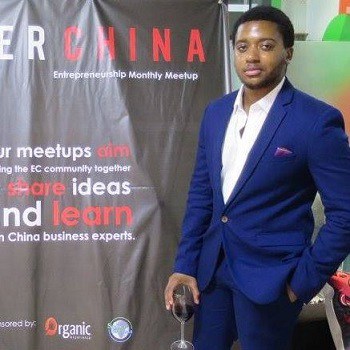 Rico joined a manufacturing community called Enter China before he moved to China – his friend bought his membership. When he arrived, members from the community started kickstarter campaigns and all the stuff so he started to get into the idea of making physical products. Then he planned to do a kickstarter campaign and that’s when he met his now business partner and they became friends, pointing him in the right direction and he’s looking to do a sourcing business and showed interest to start a sourcing business with Rico.

Manufacturing consulting is an old business model as Rico mentioned. Nothing new about it, not a very unique idea, but he saw the opportunity and came to China to start his own business. It just made sense for him and they worked together and with the help of Enter China group and sees the potential for success in sourcing. 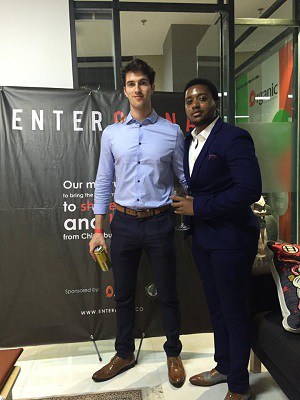 When you come in to an industry that pre-existed for a while and your business model is too old and isn’t super unique, you have to bring some fresh ideas to the table and Rico thinks he can do that with automation, systemization and how they approach pricing and how they treat their clients which they are doing, better from their competitors or different from the old model. That’s what Rico thinks he can bring to the table.

Their mission statement: “We want to help people connect with high quality manufacturers and bridge the gap between Asia, East and West through active communication, speed of service, reliability, transparency and diligence.”

“Bring more transparency between people doing business, people who don’t live in China being able to access Chinese markets and Asian market as a whole because there are a lot of misinformation out there.” Like when he’s in Canada, he always assumed that China was dangerous but for the most part if you take time to understand the culture, the business culture as well, it’s pretty okay.

“It’s not easy, it’s not smooth, but you can definitely get stuff done if you adapt to the culture.” 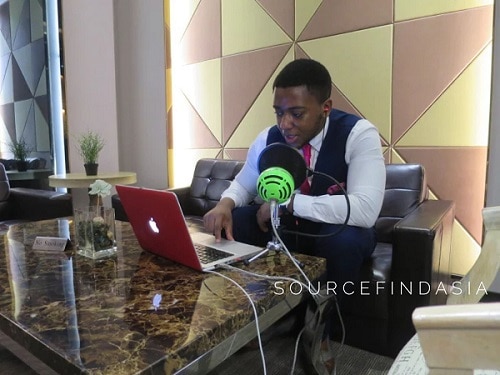 
Their main office is in Guangzhou, the vast majority of manufacturers in China are in Southern China so being located in Guangzhou is ideal for anything either for banking purposes, for managing factories and the cost of living is lower so there’s a lot of benefits for being there as Rico stated.

Why China? He said. Quite simply in 2013 or 2014, he came across a YouTube channel called the Elevator Life now it’s called Enter China and he started watching their videos and there’s these 2 young guys from the states, just graduated from university and moved to China and Rico is going to finish school the next year and he was thinking on what to do after school. So, seeing these guys do wonderful things in China, as he also wanted to be an entrepreneur he told himself that he also wanted to do the same thing. So, that’s why he decided to move on to join Enter China and have that support group. 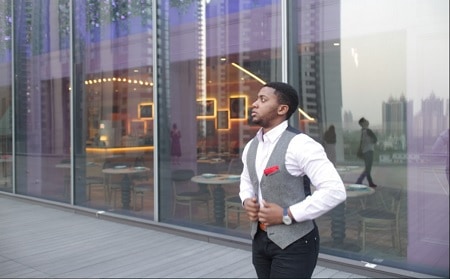 Then another challenge is to make sure that deadlines are met. Recently they had a situation where the Chinese government is doing inspections across a bunch of different suppliers all over China, like factories are getting either shut down for 2 weeks while the inspection is going on. Production capacity are lowered down so they cannot do anything about that, there are always issues that comes up during production and manufacture process.

Formula to becoming a successful entrepreneur?

“People over think how difficult it is to do business. You can fairly easily with sheer will and determination make a livable amount money from business.” He was able to pay within the first year of his company and was able to hire one full time employee after a year and a half. “There are a lot of challenges, it’s just more so how far you want to take it and what business you want to run.”

Rico thinks that the blueprint for success is figuring out how you want to live your life. Then looking at other people that are living life in similar fashion. Taking the elements from their success that makes sense for you and trusting yourself and coming up with ideas and using their business philosophies as inspiration then take his own business philosophies and combining it to come up with his own business.

One piece of advice to someone just starting out?

“Just keep in mind that business is probably 25% theoretical knowledge and then 75% practical work. Don’t spend too much time studying about how to do business, actually do it. You’ll learn way more from doing it than studying how to do it.”

Just try to take it slow, like in his generation people are in a rush to make money and start businesses. People should have a lot more patience, have smaller goals. 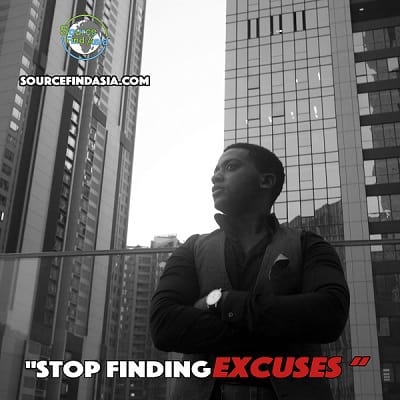 He got introduced to GFA through podcast. At the same time when he finds out about Enter China, he’s also seeking other information about business in China. He found about GFA podcast and listened to the China Business Cast which is amazing – he said. Podcast helped him a lot with the initial learning online businesses how HK online banking laws work. The Cross-Border Summit helped him with the structure of his business, the event is huge and he took a lot of notes and blueprint. GFA is still helping him with his business moving forward. 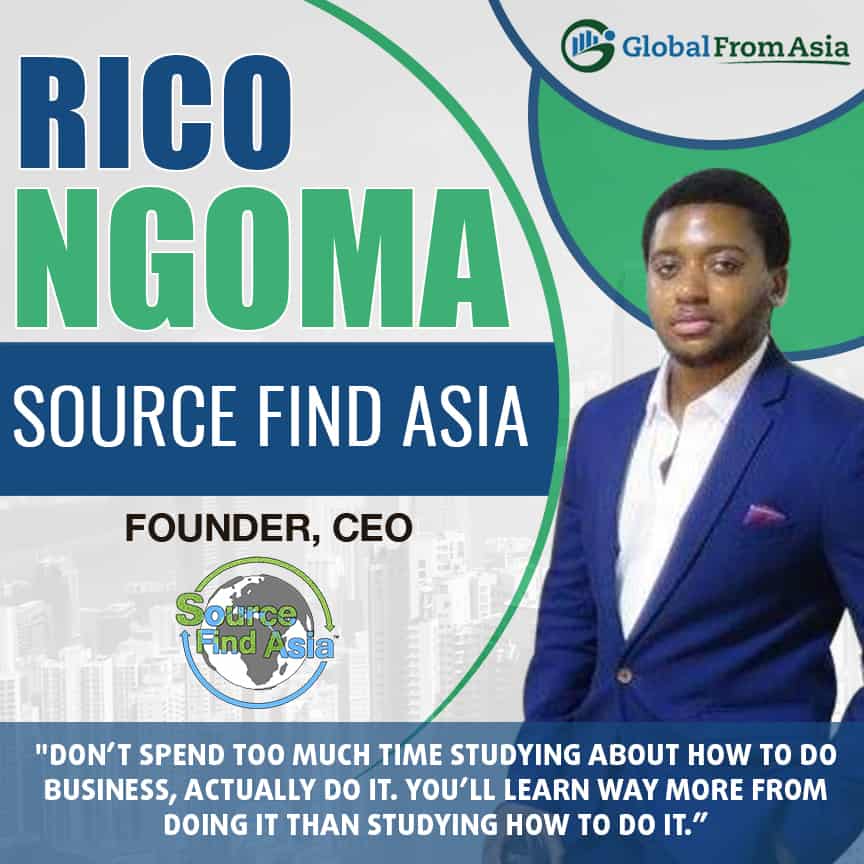 Will Amazon FBA Be Shutting Down Seller Accounts for Foreigners in China?

Should You Live in Hong Kong or Shenzhen, China?

One Comment on “Rico Ngoma of Source Find Asia”