Most of us are probably aware of the Internet censorship that is tightly implemented in China; many popular websites we use are blocked in China such as Google, Facebook, Twitter and Instagram. On a recent blog post, we’ve talked about how to access these blocked websites when in China by means of VPN. Now, how about those who want to access Chinese websites from outside China? The thing about China is that it doesn’t just allow anyone to access various Chinese websites such as video-sharing sites like Youku.com, and web services such as online banking due to the censorship and content licensing agreement implemented by the Government. Some may be able to access these websites, but if it isn’t extremely slow; most of the website’s contents are probably restricted. Again, VPN is the answer.

How to Use a VPN to open Chinese websites?

If you’re Chinese who plans to live China for a while or for good, the use of VPN will be necessary in order for you to easily access some websites when you’re outside China. VPN simply makes it appear you’re accessing Chinese websites as if you’re in China when you really are not. In other words, VPN works by creating a tunnel between you and the Internet. This tunnel is protected and cloaks your IP, so is your location. So, where do you start? First off, find a reliable VPN that will actually allow you to enter the Great Firewall. These VPN providers basically work the same way: sign up and purchase a plan, download their application to your device, and then connect to a server in China, and voila, you have been virtually teleported back to China.

Here are some China Reverse VPN providers you may want to try:

PureVPN: PureVPN is a reputable VPN provider that effectively masks Internet activity. Today it has over a million users and 750 servers in 141 different countries. Aside from data encryption, PureVPN also comes with an advanced anti-virus protection and web filters. To use PureVPN, you simply need to download their app on your device, and then connect to their server in China; currently they have 2 working servers in Shanghai and Beijing. Basically, wherever you are in the world, PureVPN can make it appear you’re just somewhere in Shanghai or Beijing surfing the Internet. Price starts at $2.45/month.

Ivacy VPN: Ivacy is yet another well-known Singapore-based VPN service provider, it has over 275+ servers in over 100 locations. Currently, it has 3 servers in Shanghai. Price starts at $2.04/month, and it could get lower if you purchase a 5-year plan. Is this cheap VPN any good? Ivacy uses high encryption in China and some people may find it slow, but still, the speed you get depends on many factors and technicalities like transit nodes between your network and their VPN server, existing noise, etc.

TorGuard VPN: TorGuard has over 3000 servers in over 50 countries. Similarly to the other VPN providers, it also offers high quality servers located in China. Price starts at $5/month if you get a 1 year plan. Personally, I haven’t tried TorGuard but upon reading some online reviews, most of it were all positive, maybe it could really be one of the best VPN providers. However, recently, their servers have been taken offline as china are removing all suspected VPN servers, nevertheless, according to their support agent, they are currently working on it to get it all back up and running as soon as possible.

HideMyAss: HMA is one of the oldest and best VPN providers that offer great features such as ultra fast and ultra reliable servers. Today they have over 760+ servers in 190 countries.  Price starts at $4.99/month. Currently, HMA have multiple servers in Beijing and they are virtual, which means that they are not physically located in China but they have Chinese IPs and they work the same way. However, some Chinese websites do not approve of the virtual servers so there’s a chance you can’t go through the great Firewall.

This year, China has tightened the belt against VPN providers and has been cracking down many VPN servers located in China with its upgraded system to detect unusual traffic. Needless to say, it’s becoming tough to find a VPN provider that can let you get through the Great Firewall. Accessing Chinese websites like Youku or some Chinese web services outside China may become a little harder.

Youku is the most popular video streaming website in China and most Chinese living overseas try to access this website. VPN is certainly a great method to access Youku but if you find it expensive and complicated, you can always just use a special Chrome / Firefox plugin to unblock media streaming in Youku.
Other than Youku, websites like Tudou, PPTV, Sohu TV, LE TV, PPS, QQ Video may also be blocked, restricted or laggy to certain countries, to access these websites, VPN would always be the best option. 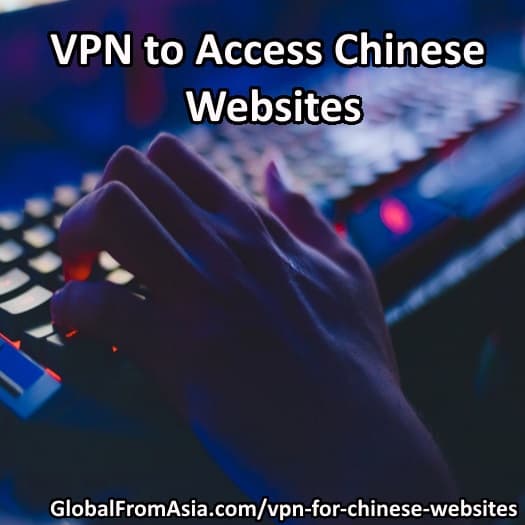 Amazon FBA Trends in 2018 with Danny MCmillan and Will Tjernlund

Why Does the Rest of the World Hate Americans?