Dual Citizenship and a Second passport

In order to have a second passport, you need to be a citizen of the country you wish to have a passport with. So basically, dual citizenship is your key to obtain one.

But FYI, not all countries allow dual citizenship including Japan, Ukraine, Austria, Ethiopia, Malaysia, Somalia, Saudi Arabia, China, India, Indonesia, Netherlands, Norway, Poland, Singapore, Thailand, UAE, and Venezuela. Meaning, if you’re from one of these countries, then sadly you can’t possibly have a second passport. You may be able to get citizenship from one of these countries, but sadly you have to renounce or give up your original citizenship.

How to Obtain Dual Citizenship and a Second Passport

Why you should get a second citizenship

There are many reasons why you should get a dual citizenship and a second passport, to name a few:

Why you shouldn’t get a second passport

Today, the value of dual citizenship and a second passport is increasingly becoming a necessity, as the society becomes more global and more connected. Personally, I think that obtaining a second citizenship isn’t really a bad idea, I believe it’s more like an opportunity to take when you are qualified to do so. Pursuing another citizenship can be worthwhile yet can be the most cumbersome. To wrap it all out, remember that it is always wise to ask for a professional advice on immigration and nationality laws in order to fully understand what you’re getting into. 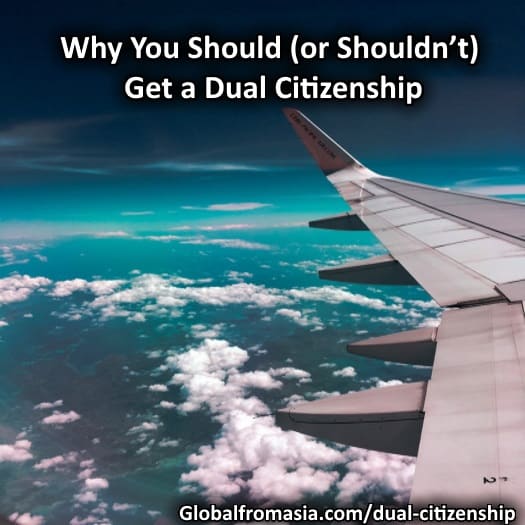 The Challenges of Operating A Hong Kong Company

Shiny Object Syndrome – What it is And How to Resist it

Testing the Waters with International Trade

What is a Certificate of Good Standing for a USA Company