The ongoing trade dispute between the US and China has severely affected the global business landscape. There were calls to end the trade war for the worst effects fell on the consumers. And, not just select consumers but consumers from all over the world.

It has been said over and over that the trade war is a lose-lose scenario for both countries and not only that, they are dragging other countries especially in Asia, into an economic limbo. But quite surprisingly, there were also Asian countries that benefit from the US-China Trade War. One that needs highlighting is Vietnam.

Vietnam – the new manufacturing base

So how did Vietnam benefit from all this rally of tariff increases between the two countries? The manufacturers who had been based in China for the longest time suddenly found themselves facing different factors such as increasing labor costs, currency fluctuations and the stern call of the Chinese government to shift to more complex but high-yielding industries such as fintech and science. And, while moving out of the comforts of China can be difficult, it was for many, a move that may be necessary to make for some manufacturers.

These manufacturing companies turned to Vietnam especially for goods that US placed additional tariffs on. But has the move brought an end to all their manufacturing woes? Or is China still the best choice?

Some Differences According To Jim Kennemer

Michael Michelini of Global From Asia ran into Jim Kennemer from Cosmo Sourcing, who was a speaker at the recent Global Sources Summit. Jim moved from China to Vietnam in the year 2014. Within the last six months due to the tariff or trade war, he put his China operations on hold and went 100% all Vietnam. In the video below, he shared the differences when manufacturing between Vietnam and China:

From the video above, Jim speaks of his experience and noted some differences in the aspects of manufacturing between Vietnam and China. We also added some that we found out ourselves:

1. China is a one-stop shop while Vietnam is selective

Yes, it is true. Having held the post of the top manufacturing base in the world, China has most, if not all of the products in the world. After all, it has been said, everything is Made in China. Not only that, almost all of the vital points in the supply management chain is available and accessible in China. Vietnam on the other hand, you can choose from the select products that they specialize in.

According to Jim, the cost of infrastructure and logistics in Vietnam is not expensive, to say the least. But they cost more than in China.

3. Lead time is slower in Vietnam

Taking off from what was said that everything is Made in China, the components or raw materials of most products are still mostly sourced from China. The shipping of these components from China to Vietnam added to the lead time that a manufacturer takes to complete a product – at least 30 days, as a rough estimate. Manufacturing in Vietnam is about 25% slower.

Political unrest oftentimes negatively affects the economic landscape of a certain country. This is where Vietnam is looked at as a model for political stability. This translates too on the performance of its currency.

5. Licensing in Vietnam is simpler


This is an observation of some manufacturers. They said that Vietnam’s licensing process is way simpler than in China making it easier for manufacturers to do their operations there.

Is Vietnam better than China?


You couldn’t say firmly that one is better than the other. It would still depend on your preference and the factors that you place more emphasis on. But we could say, based on what’s happening with the trade war and all where the tariffs of certain products are getting way higher, a lot of manufacturers in China have moved factories to Vietnam.

You just have to study thoroughly how your product is doing. In choosing which is a better direction to take, you have to consider several factors. You check the availability of your product and accessibility of the raw materials to make your product; political condition of both countries; the logistics; infrastructure and others. Then, after doing your homework you can decide to go all-in Vietnam. 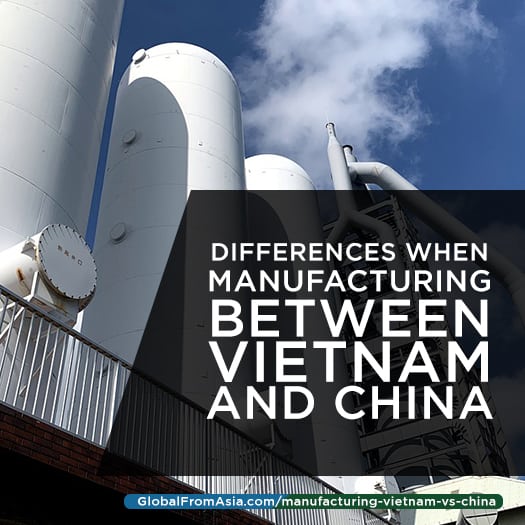 Running a Kickstarter From China and Asia with Joe Constanty

Tasking Out Your Amazon FBA To Grow with John Cavendish

How To Connect Paypal China To A Chinese Bank Account

Global Health Emergency and its Effect on Global Economy