Europe and China are the biggest traders in the world; in fact, trade between them totals about €1 billion per day – primarily on consumer products like clothing, shoes, machinery, chemicals, and vehicles.

The trade between countries began a long time ago through the Great Silk Road.

History of the Great Silk Road

The Great Silk Road was established during the Han Dynasty in the second century BC. It was called the Silk Road by the famous geographer Ferdinand von Richthofen in 1877. Silk was one of the major products being exported from China, a clear reason why it was called the Silk Road. Many people from Europe and Asia associate silk with China – that’s why Romans even called China the “Land of Silk.”

The route starts at Mediterranean Sea and runs to China. The route extends to China through Russia, Kazakhstan, Kyrgyzstan, Tajikistan, Turkmenistan and Uzbekistan. The road also led farther east to Korea and Japan and to the southwest to India and the Middle East. This was a transit road with two-way movement of goods, scientific ideas and achievements, as well as cultural and religious values. Along the way, trade and cultural ties between people emerged.

Aside from silk, goods like spices, teas, sugar, salt, cotton, wool, porcelain and even religious beliefs were traded along the way.

How long is the Silk Road?

It is over 4,000 miles / 6,400 kilometers – the trip could take as long as hundreds of days. The route isn’t all easy as it passes through mountains, farmland, forests, valleys and steppes.

The End of the Great Silk Road

As technology advanced, the intercontinental overland trade routes began to vanish. Improved navigation and sea transportation technology led to the decline of the Silk Road in the 14th century. In addition, decline in China’s political power impacted the trading route.

Today, as technology advances, experts are reviving the Silk Road diplomacy not only to accelerate the process of globalization but also to establish and maintain diplomatic relations and boost tourism. The new silk road rail aims to shorten the journey time from hundreds of days to as fast as 2 weeks.

In October 2013, President Xi Jinping announced the “rebuilding” of the Silk Road to reopen channels between China and Western countries, particularly those in Europe. The plan is to build a unified coordination mechanism for whole-course transportation, increase connectivity of customs clearance, reloading and multimodal transport between countries, and gradually formulate compatible and standard transport rules, so as to realize international transport facilitation. (source)

In 2015, the National Development and Reform Commission together with Ministry of Foreign Affairs, and Ministry of Commerce of the People’s Republic of China proposed the Belt and Road Initiative – also known as “One Belt, One Road.”

In May 2017, China gathered its allies for a summit primarily about the New Silk Road plan – which was also addressed as the “project of the century.” The goal is to build a new silk road linking Asia, Africa and Europe – linking 65 countries. The infrastructure of railways, ports and power grids will cost an estimated $900 billion. 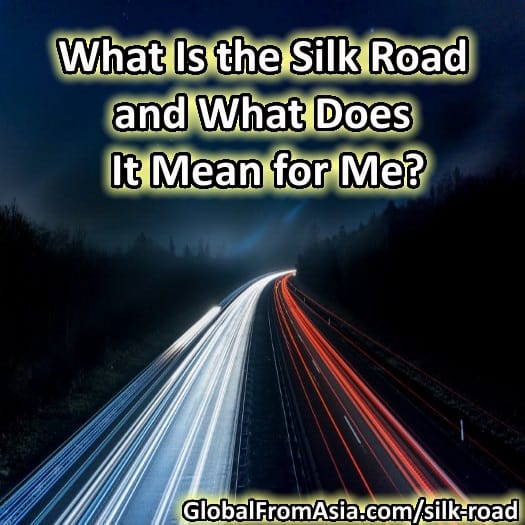 If I Were To Move to Shenzhen Today

Old School Vs Now: How This Hong Kong Agency Has Developed Through Changing Times with Joseph Ng