that was my six month old son Miles on air! pretty hilarious when I asked him to get on the mic he farted….this may embarrass him when he is old enough to listen back, but let’s just keep that our little secret ok everyone? Wendy, my wife, also caught a photo of this moment I’ll put the photo at the bottom of the show notes at globalfromasia.com/episode63 for those curious

Thank you everyone and thanks for tuning in to episode number 63 – I’m getting into the Christmas spirit, while you can’t see much in China, I’m getting holiday cheer exposure just with Wechat messaging system and all the emicotons being sent around – some funny, and some that my son Miles can’t see until he’s 18…..

And now I’m excited to say we got another 5 star review on iTunes, from Renaud in Hong Kong, a friend of mine and blogger from QualityInspection.org let’s read out the review here

Thanks buddy, much appreciated. And for those of you listening who are too shy to leave a review but have some feedback now is the time – it’s getting to 2015 and I want to try some new things in the new year – if you can go to globalfromasia.com/survey and answer some questions it will be highly looked at for next year’s direction of the show

Ok and now on to this week’s show with Chris Gormley- third time on the show, being on episode9 talking about B2B sourcing business strategies while having some 7-11 wine and again on episode 23 giving some advice and insights on getting a business credit card in Hong Kong – this show is a bit more fun discussing the 11 things he and I both wish we knew before coming to China and Asia. We did enjoy some Vedett beer from Chill’s bar in Shekou, thanks Aaron for the hook up.

Thanks Chris for being awesome and coming on the show – if people can reach out to him on linkedin and thank him for me – I’ll put a link to his profile there on the notes. And let’s all enjoy the holidays this year. I love this time of the year because I get to reflect on the year and think about a fresh slate in 2015 – so please don’t forget to go to globalfromasia.com/survey and give me some of your ideas for next year – I am really planning on some new things and want to hear from you!

PHOTO OF MILES AND ME 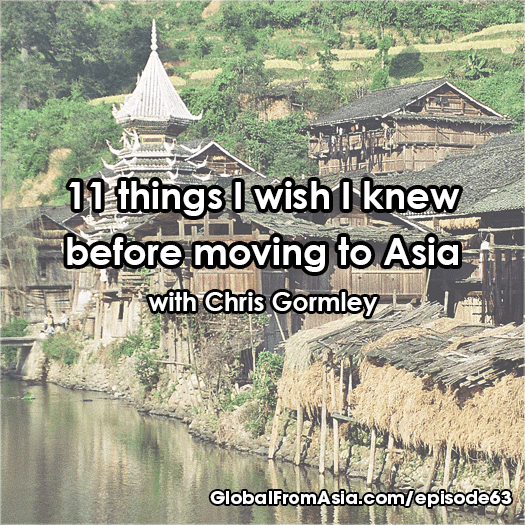