Welcome back everyone to Global From Asia, episode 27. It has been raining for about a week straight here in South of China and even had some hail come down on Sunday night with minor flooding.

Today’s show we have Larry Salibra, an American businessman in Hong Kong who is co-founder and CEO of Pay4Bugs – a crowdsourced software testing platform. He’s been one of my personal resources to make sense of all the bit coin mania, and is a guest on the show to explain not just what bit coin really is, but how it is applicable for cross border businesses like ours and many of you listening.

I’m just starting to experiment with bit coin, and personally I want to get better at using it in place of international bank wires. Many worry about the price volatility- but it can also be used as an instantaneous and quick way to get money from 1 person in 1 country to another person in another faster (almost instantaneous) and cheaper!

After the interview we’ll update people on the Stripe petition and also some upcoming episode ideas – so without further ado, let’s jump right in!

Announcement: I mentioned on previous episodes there is going to be a “Hong Kong” podfest – April 12, 2014 at Les Boules in Sheung Wan on Saturday. It will be from noon til 8pm, I should be on stage from 2 to 3pm – you can get up to date ideas from PodToThePeople

Thanks for that Larry. Hopefully this will give some good starting points for listeners on how to get involved with bit coin. I am also still trying to wrap my head around it all.

Over the past week I have had quite a few emails from listeners, and many are asking for 3rd party fulfillment and warehousing. I’m working on compiling a list, and special thanks to listener Victor Leal – he sent me an extensive research document he had made while he was on his own search.

Also working on other shows about cross border between Hong Kong and Mainland China, HR and recruiting, and more on merchant accounts.

Thanks for tuning in, see you next week! 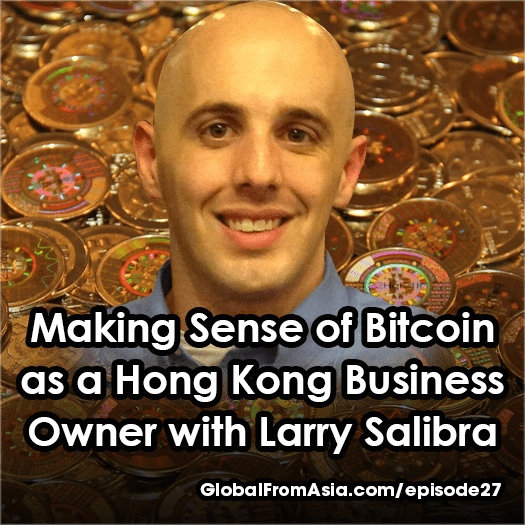 Evolution of Amazon and Sourcing from China with Peter Zapf

Perspective of E-Commerce Between Asia & USA with Jeremy Hanks

The Final Episode of E-commerce Gladiator

Overview of Getting Job Placement in Hong Kong with Justin Leung