Today’s show is a scary one, and a warning / lesson for all of us doing international business – and yes – China is a challenging market, so especially in China – we can get into unexpected binds and get stuck somewhere- this time it is stuck in China. It is also a call for donations if you are moved. And not a big request for donations – I’ll put it out there – I threw 20 bucks into the “hat” – so don’t feel pressured to make a huge investment – John is sincere person and a dollar goes a long way.

Also I’m really excited to say we have gotten great feedback from listeners who are excited that the show is back. Many have been reaching out after hearing the come back show and Rico’s interview last week. I feel the love, and maybe it is true – you don’t appreciate something until you lost it.

Very exciting news – our friends and supporters at AureliaPay – now rebranded as GoRemit.Hk – are onboard to sponsor the show again. Thank you guys for that – for listeners who don’t know about these guys – I’m a user myself and many others in the community – it is a cross border payments company for Hong Kong based companies. I use them to send money to my team and suppliers in Mainland China, Philippines, and Thailand. They support more places as well, and you fund your GoRemit.hk bank by transferring from your HK bank to your account, and then can make a lot of small payments to staff in the Philippines, or to China, etc. They make money on the exchange rate, but it is worth it in the wire fees or the need to open local bank accounts in all those countries. We have a GFA review about them as well with a video and more we will link up in the show notes, we will have them sponsoring the podcast and thank you Simon and the team for your support.

Alright, now, let’s get into the interview this week!

That is a wrap – we are really rocking and rolling better than ever here at Global from Asia. and it is my birthday today to top it off. The Global From Asia bootcamp is building up to be bigger and better than ever. 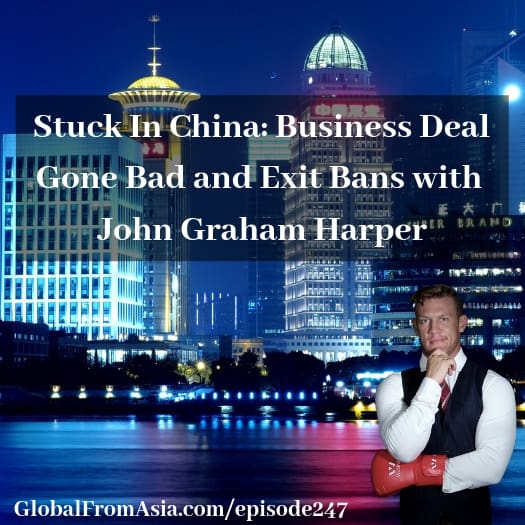 Dealing with Receipts & Bookkeeping for Your Business, In or Outside of Hong Kong with Michael Wood