Today we are back at Amazon FBA with a fascination discussion about the toy industry. Many of you heard about Toys R US filing for bankruptcy, today we share how that has rocked the toy industry from Chinese factory to distributors, to retailers around the world.

It is also a great opportunity for us to use the toy industry as an example of how all industries are changing. Thierry shares about how the lines of supply chain have been blurred more and more over the years.

If you listen after the interview – you’ll hear me spend about 10 minutes talking about what I have seen – as well as my wife – Wendy, talking to Chinese sellers, factories, and Western sellers. 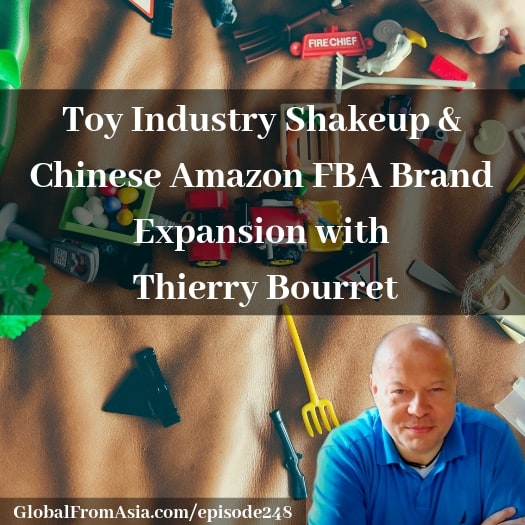 Running a Development Shop in Thailand With Gustaf Bystrom

Plowing Through Between Western and Chinese Holiday Seasons