As a Hong Kong business owner, accepting credit cards online is a crucial piece!  Hong Kong has very limited options for accepting credit cards online, and many are very old fashioned and hard to use – especially in many of our e-commerce websites and technology startups!
Stripe is so easy to use, and it was built by developers, for developers!
We beg Stripe to work on accepting Hong Kong companies, and are starting this petition to start to show and build interest in the community!

We made this podcast back in early 2014 before Stripe was in Asia. They are in Hong Kong and Singapore now, and we hope this podcast was a part of making that a reality!

Stripe is “officially” live – and announced it during Rise conference in Hong Kong. I was lucky enough to be there, and wrote up Stripe’s official go-live. 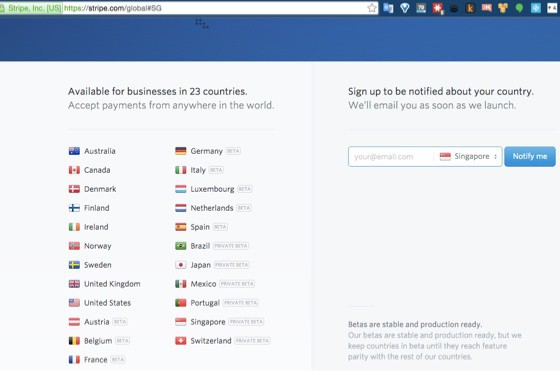 Stripe’s Global website where you can also request: https://stripe.com/global

So if you’re one of the many Hong Kong based businesses who are begging for Stripe, please fill out our petition below and let’s show the numbers!

Announcement: I mentioned on previous episodes there is going to be a “Hong Kong” podfest – April 12, 2014 at Les Boules in Sheung Wan on Saturday. It will be from noon til 8pm, I should be on stage from 2 to 3pm – you can get up to date ideas from PodToThePeople.com (offline now).

Hong Kong Needs Stripe Merchant Account Services
0.0 rating based on 12,345 ratings
Overall rating: 0 out of 5 based on 0 reviews.
Anonymous 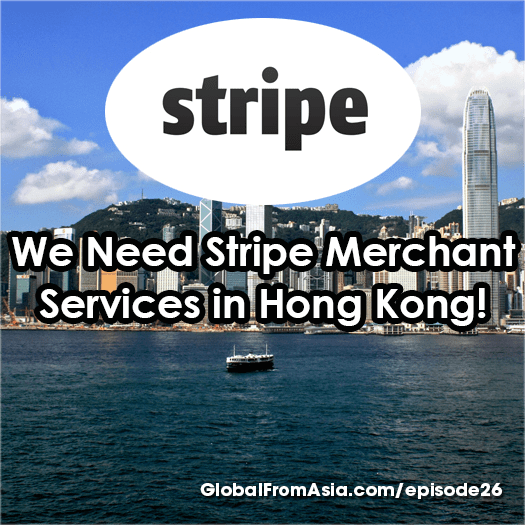 Be a Smart Business Traveler With These Apps In Asia

Turning Around An Amazon FBA Business with Marc Roca